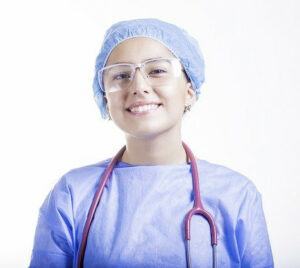 Ok, I went to meet’n greet with the surgeon that is doing the surgery on my leg and my husband accompanied me. We did the how-do-you-do’s and went over my medical chart. Then they, the surgeon’s assistants, asked me to slip into a gown then asked permission to check me for any other possible “spots”. Of course, I agreed. They were good with my husband staying in the room, as he and I were. So, check-over is done, they found no other visible “spots”. Then they (mainly the “head” one) told me what to expect. Then he explained to me of how the procedure would go, and about lymph nodes. (I’ll try not to bore you with medical details).

Then the surgeon came in. She went over everything her assistants did, then gave HER prognosis. She explained things as they did, however, she said my malignancy wasn’t big enough to remove a lymph node, that with the size, it didn’t call for it, saying it was caught early. Then asked it I took any “before” pictures before the spot was removed and she was surprised that I didn’t. Granted, it was a “spot” that I was planning on being nothing more than a memory, and I’m not one to memorialize everything in pictures. With that, she said she will talk with my personal doctor about it’s previous appearance and they will decide what to do from there. I told her that I trust her and my personal doctor’s opinions and will trust their judgement. I asked of the size they would remove, and she gave me measurements, that was in the area of 3 inches by 2 inches, and I couldn’t understand quite how deep. Somewhere in there, I asked either her or her assistants or maybe nurses, would I be awake for the procedure, and I was told no. Ok, I’m not crazy about being “put to sleep” but if need be, so be it.

We headed out. I was set up for an appointment for the “procedure”. Just to say, it was also called a “surgery”, however, it wasn’t MAJOR, so what can I say, I am more comfortable calling it a “procedure” and told the nurse so. She agreed, saying that she’s found a lot of patients feel the same way. And true, it’s not a biggie-biggie.  It’s just cutting an area out of the side of my leg. Right? Right.

So I set up the “procedure” appointment and my husband and I left.

Now, a side note, I was pleased that my husband has been able to accompany me now and I do hope it stays that way. With the “covid” situation, as of late, many times, I know it’s not possible. But since regulations have loosened a bit, per state, I was fortunate this time. I really feel for those who have to forgo everything alone. I had to when I busted up  my shoulder, and that’s scary being alone. And even before then, I knew there were people in much more serious circumstances that had to forgo it alone and my heart went out to them. No one should HAVE to go thru something alone, especially when they have someone near and dear to them WANT to be with them thru it. This covid scare is crazy. People should be taken by individual circumstance… not put into a cookie cutter. Personally, I feel that I’ve made it thru things much better having my husband with me more than I did when I was forced to be alone. That, for everyone, should mean something.

But anyway… trying not to get in the political zone. …

We left the office, which by the way, is connected to the hospital, which  can be a bit of a comforting thought. For if in the doctor’s office, something should happen, the hospital is right there.

So, we went to pick up donuts from Krispy Kreme and I do believe our local Parkers Barbecue to get their delicious barbecue chicken, then went home.

With that, I was armed with meeting my surgeon, so I felt it was time to plan to tell my girls (which are grown, btw, however, they are my children.) One is an EMT, and she is a boss with what she does, so I knew she would understand all medical things. My other daughter, did take medical classes and EMT classes, so she is aware and understands, but doesn’t actively work the field and has a more gentle understanding, which means I needed to handle more carefully so not to needlessly upset her. 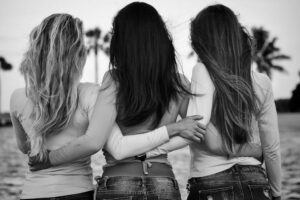 With the covid scare going on, we haven’t been seeing each other hardly ever. It’s been over five months of serious withdrawals for us all. We are very close, tight-knit, seeing each other frequently, and this has been seriously hard. However, since things have lightened up, we had a date set to celebrate one of my girl’s birthday, along with her son’s birthday… just the few of us together. BUT I did not want to tell them on my daughter’s birthday. But, as luck had it, we (just my girls and I) were together for the first time, a couple of days prior… and I took that opportunity to tell them of my medical situation. Letting them know that I didn’t want to tell them on the phone because it is just personal to do that… and I didn’t want to tell one before the other… because, us three… we are a team… and we are together. So, together, I needed to tell them. So that day, I did. Just matter of fact, pointing out my reasons for saying it when we are all together. And all will be okay, I just wanted to do it right. Besides, they need to know for “family medical history.” And it all went quite well. Eh, if you even thought of it, no. No tears. This was just medical facts. And besides, it’s not a death sentence, oh goodness not. It’s just a necessary procedure that needs to be done. So, I did the the hard part of telling my girls, this was a biggie and was weighing heavily. It feels much better for that weight to be lifted. 🙂

So what’s my point in this post? Well, for anyone who may be following and interested in getting updates, here it is. And this has been somewhat of a journal for myself, kinda therapeutic for me. And also, to let you know, how hard something may seem to be to do, if you ever think of just not saying anything to those you care about, to go ahead and say it. It may not be a happy subject, but is a whole lot better than them finding out later and be hurt you didn’t say anything at the time. You all will be much happier by saying something now. Be each other’s rock thru good times and no so good. It will only strengthen your relationships.