Every once in a while I come across something totally cool that I’d like to give it a try. Some things are costly enough, I do only occasionally, unless the urge is strong enough. Then other things are low enough in cost, I’m quicker to give it a try. 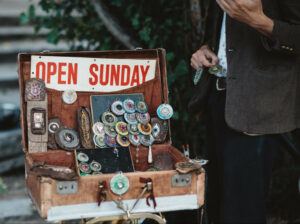 Here, I decided to dedicate a post just for stuff you may be interested in trying. Some things I may have already tried, some things may be on my wish list, and other things I don’t need now, but I’ve got it on a back burner for when the time may come that I could use it. Most of these things, I do believe, will have a purpose to fall under the category of handy dandy gadgets & gizmos! details

I’ve mentioned before, I don’t expect that I am the only one who feels like I do. So, with that, do you have trouble bending over and picking something up off of the floor? Ok, I do, mostly in the morning. I get up to make my coffee, and granted, I am going to drop something… my k-cup, a napkin, my phone…lol.. something. But in the morning when I wake up, bending over ISN’T gonna happen! It can just stay there until later in the day when I MAY be limber enough to do it. Grr, but I do like looking at my facebook while I have my first cup of coffee, so I REALLY want my phone. lol

Ok, so I grab my tongs out of my kitchen drawer. They’re too short. There’s a pair of longer ones, but I just can’t get a grip on it to lift it.

So, I started doing some research and I found these reachers! Check them out, there are several different types, some even have an attachment for that extra wrist support! details

I have carpal tunnel syndrome, which makes it difficult for me to open jars. My favorite thing to use is a rubber gripper, similar to what can be found here. There are several different types and styles to choose from. details I could tell you of the stories I’ve read/heard about of people laying for hours, days, weeks, and heaven forbid, even a year or more before they are found. Needless to say, those that hit a month or year, it were their bodily remains that were found. But even the lesser times, laying in pain and in need for so long is frightening!

I do not mention these things trying to scare you. On the contrary, I feel ya and I understand, because I have been/am in the same predicament. And I KNOW what a scary thought that is!

Granted, I usually keep my cell phone on me at all times when I’m outside. However, sometimes, that is not possible to have it “within reach” at every moment. And in the house? Shucks, it could be a couple of rooms away from me. So, “What if??” Yea. That’s the scary part.

There were a couple of times, both, I was working outside. The first time, I was mowing the yard with my lawn tractor… and of all things, I literally got “stabbed” by a tree branch. It went straight into my arm, all the while, vines were tangling around me. I was on a 360 tractor, so took some maneuvering to stop it and get me out of the mess while tuning out what had happened to my arm. When I pulled out of the tangled mess, there it was… a tree branch protruding out from my arm. I felt like I was in Lamaze class with my breathing techniques I started doing. I gathered my wits together and got myself out of there and to my house to get to my med bag and started doing some serious first-aid then drove myself to the hospital. Got there and the doctor took x-rays, then gave me kudos for excellent first-aid, told me I did everything perfect and sent me home.

The second time was my “snake” escapade that shattered my shoulder & arm. Granted, this time was my REAL wake-up call. Because had I been alone, I really think I would’ve been screwed until someone found me. Yes, I had my phone with me, but just before that happened, I had laid my phone in a spot that was out of reach from where I laid when I fell. And I seriously couldn’t have gotten up without the help of my husband and his brother. Yea, wake-up call. Circumstances may would have been different, but the situation could have easily happened, if I were alone. I was so grateful to have someone there with me, because I realized had they not… I just shudder at the thought.

Soon following that last situation was when I came across this awesome program. No, it’s not a gadget, nor a gizmo. But it really is an awesome helper program that I feel like can help many people who spend a lot of time alone and it doesn’t cost an arm and a leg. They will call you 1 or 2 times a day. They will give you ample opportunities to answer, but if you don’t in so many calls, they will call your neighbors, family (whoever you choose) to alert them. What if you’re out for the day and won’t be home to answer? You can also alert them of that, as well. It really can give someone, maybe you, a peace of mind that IF something were to happen, you wouldn’t be left to fall into one of those horrible statistics. Check it out and see what you think here.  details