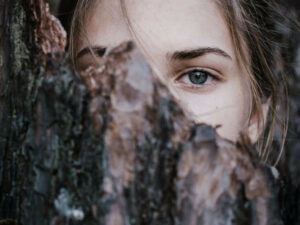 Alright. There is an importance to getting a doctor, whom to see regularly, that you know and trust. I’ve said this many times and I’ve told you that I’ve finally done just that. He’s been putting me thru the wringer because he knows that I’ve been neglecting medical supervision for a lot of years.

So far, I’ve been passing with flying colors. And he was following thru with his routine exams and tests when one day he noticed a small mark on my leg and asked me how long it has been there. My first thought was that “he wasn’t supposed to see that”. Yea. But he did. So I honestly answered that it showed up in the last few months to a year ago ago. He expressed his uneasiness about it with it’s irregular shape and being raised. Now, grated, it is just a small spot, barely 1/8″, yet it was a great concern to him. So, in the midst of the quarantine, where only necessary procedures were allowed, a date was scheduled to remove it and have it tested. Well, because of the quarantine, as the date neared, I postponed it for a couple of weeks, since it wasn’t “necessary”.

So it came down to the date and I just kept it, saying to myself, just get it done. Goodness knows, we were several months into quarantine, it’s doesn’t seem to be going away anytime soon, so fine, no more putting it off, let’s do this. That procedure wasn’t bad, I drove myself and was awake thru it, we talked the whole time. Then he scheduled me a follow up for 2 weeks from then, to remove the stitches, saying he will contact me with the results. The two weeks came and went and I had yet to hear anything. My husband had an appointment that morning and mine was in the afternoon. I accompanied my husband to his appointment, as usual, and the first thing the doctor said was since I was already there, no need to come back, that our appointments should have been scheduled together in the first place. Then he asked his nurse to come remove my stitches, while he did my husband’s routine exam. Little did I know what was coming.

It was kind of a flurry, talking about my husband and me, at the same time, but it was like a group of friends talking about mixed subjects, keeping up with it all, so it really was no biggie as we flitted from one topic to another. Then in the midst, the bomb dropped. The spot on my leg came back malignant. He knows me well enough to know that I understand medical terms, yet, I still want to hear it spelled out in layman’s terms. So yea, it means cancer. He did say that it’s superficial, which is a plus, meaning that it grows outward on the surface, not plunging inward. But freak, it’s still cancer. I now needed to see a specialist surgeon for consultation, treatment, more cutting, a resection, more removal, and yes, that means real surgery. At that time, Bless his heart, he asked my husband and I both to bow our heads in prayer. That touched my heart deeply as we all sat there in our face masks, my eyes welling up and was all I could do to keep from bawling. Deep breath. We wrapped up our appointments with our doctor and went on our way to check out, making our next scheduled appointments and the receptionist informing me that I will hear from the surgeon’s office with my appointment there. And my husband and I left.

Upon returning home, I saw that I had a missed call (I always turn my phone off when at the doctor’s and hadn’t thought of turning it back on until getting home) and they left a message. It was my doctor, giving me his personal number, asking me to call him back, which I did, promptly. He spoke to me as a friend, and said he was making his top recommendations for me for a surgeon. After the call, I had to get myself together and go see my physical therapist for my arm. Maybe it was good that I had a busy day. It kept me from dwelling too much.

The following morning, yes, I got the call from the surgeon’s office, making an appointment with me. It was to come on the morning of, yet another physical therapy session, but was good. I just had to call P.T. to delay my appointment with them until later in the afternoon.

Many things are going thru my mind right now. When should I tell my daughters? Should I square up my last will and testament? Come on, this is gonna be alright, isn’t it? hmm.. could it get to the point I may have to lose my leg? Ok, if I have to lose my leg to live, I can deal with that. I’m thinking too far ahead, feeding my fear. But I can already feel my anxiety building up.

I’ve not broke down. Yes, when thinking about it, I get teary eyed, like writing this. But I haven’t broken down. And I don’t think I am. IF I do, I’ll forgive myself, I’m only human. But I don’t think that I will, at least I hope I don’t. I always believe and say we have to look at the brighter side of things, we have to think positive. And that’s what I’m doing and plan on doing and will keep on trying my best to do. My grumbling and complaining has decreased drastically, as it should for I have found a greater appreciation of things… my children, my grandchildren, my husband, things I have, my home, every day life, to wake up each day… appreciation to be able to do as well as I can, even though it’s not what it used to be, I’m thankful I can do as well as I do… and the love that I feel for others as well as the love I feel that they give to me is most beautiful. I have much to be grateful and thankful for and really have found a greater appreciation. This was definitely my wake-up call. Oh, I will be saying a lot of prayers, I always have, do, and always will. We’ve gotta have faith. And I have that in abundance. I’ll just hold tight to my faith and take it one day at a time.