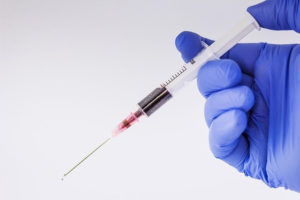 Some years back, I had SEVERE pain in my back and walking was the worst ever. I went with my husband to his home state up north, which was several states away from my home town, and while we were there, he took me to his chiropractor that he had known for  years.

Ok, so I went in. I was up north, and stood before me a big, burly looking man… you know, the one with a full beard going on, slightly long hair, muscles, and spoke a bit gruff with a friendly smile. Ok, I was good, he felt like a home guy from the south. lol

So he did his workout on me, and goodness gracious, I felt like he was taking one finger and spinning me around on the table between his massages. Then he stopped me and started massaging my temples. Gosh, that felt good and relaxing. Then the next thing I knew, I heard CRRRUUUUNNNNCCCHHH!!! And it made me laugh. Oh my gosh, I felt like I heard Snap, Crackle & Pop in my head!! And I was just in a fit of giggles with that. And he told me to just stay still, it will feel better. Curiosity got me and I calmed myself and ask, really? What’s next? Then CRRRUUUNNNNCCCHHH!! My head went the other way and I was laughing again, at the sound of me eating my breakfast cereal. lol

And what happened next?? I felt a bit of a sting in my lower back. I asked him “What was THAT??” And he simply answered, “A shot of WD-40.” Well, ok, I laughed some more and asked him if he was from the south. Goodness, WD-40? He had to be. lol

We all had a good laugh and talked some more. He asked how I was feeling and I had to admit, I was feeling better, well, actually, better than better! But tomorrow morning would give the full answer. I then asked, “Ok, so when do I need to come back, in 3 days?” He said, “Nope,  you’re all fixed.”

I left feeling better, and i strutted out of that office actually walking normal! But I was reluctant on how I would feel tomorrow morning. And I still couldn’t believe he didn’t say I needed to go back in 3 days! I was all fixed? Unreal! All other chiropractors I’ve had experience with would’ve said I needed to go back, again and again.

But lo’ and behold, the next morning I woke up, I felt great! (Well, not perfect, but far better than before.)

So I gave this some serious thought, day after day, (and I was still feeling doggone good). And it dawned on me that he gave me a cortisone shot in my lower back. Well, goodness gracious, I loved that man for that and I found a love for cortisone shots. lol

But, I have not had one since. For one, I haven’t been back to that chiropractor since. Granted, I would have loved to, but since, I’ve not gone back up north there and couldn’t find another around local that was so awesome, I am just out of luck. But that one visit was AWESOME!

Since then, I’ve read more about cortisone shots, and the results aren’t all as positive as I experienced. It’s been varying for people. Some get relief, some no change, and some worse. …Worse, seriously? So I delved into my studies a bit more.

The worst cases were injections given in the hip and knee. And it was said that in those trials, they were left worst off than they were before, because of cartilage loss, less with stress fractures and a condition called osteonecrosis, that destroys bone and leads to joint replacements. *_* It is for that reason, it is suggested that people shouldn’t have any more than 3 or 4 injections in a year.

Ok, Mine was in my lower back, so maybe that’s why I didn’t suffer consequences? But then again, also, they say no more than 3 or 4 injections per year. And I only had one in a 10 year period.

So, with all of this being found out and said, maybe it’s a good thing I couldn’t visit my “burly southern northern chiropractor” anymore. It was a good temp fix, but it kept me from over-doing it.

Going more into my research, as I said, no more than 3 or 4 times per year. And in the meantime, one should work on losing weight and start exercising. To put into perspective, one pound of weigh loss is like four to seven pounds of pressure of your knees and hips.

I suggest, if you have your own curiosities, want verified suggestions and recommendations, speak with your doctor about your wants and concerns.

With all of this, I wish you the very best. 🙂