If you haven’t figured it out yet, To probe or not to probe. This means a Colonoscopy. Yep, one of those things on my list that my doctor gave me. 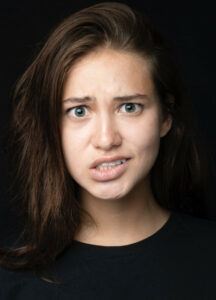 Do I Really Need To?

Ok, we are supposed to do this when we turn 50. But I didn’t have a doctor, so I was able to sneak by. Well, things will catch up with you sooner or later, we’ve all gotta face it. And so now my time has come.

Now, my doctor and I have this understanding… if it’s not broke, don’t try to fix it. However, he has also taught me that we need to practice preventative care and made me realize that a problem is easiest to deal with early on, rather than later. So, with his advise, I’m plowing thru his to-do list.

And next on the list is a colonoscopy. Granted, we have all heard about the dreadful binge of the medical kool-aid stuff. And the diarrhea, and the invasion of our no-go zone and the embarrassing stuff that goes with all of that stuff.

Now, granted, I have a serious fear of being put under anesthesia. I’m not 100% sure where it came from, but over the years, I’ve tried to trace it from it’s roots and tried to see where it took me. Now, there was a time, I had a seriously hard time sleeping. It didn’t hit until my adult years. But I remember the period that I had a hard time sleeping because during my sleep, I would stop breathing, which resulted it me waking in a panic and kicking off my anxiety, and then I found myself staying up for 24 hours straight, even  36 hours, even more. Yes, I had a serious fear of sleeping. But I also remember asking myself what did I expect to do, because one MUST sleep! But I guess I have to do everything the hard way, because I did NOT see a doctor about it, I just told myself to work it out and do what I needed to do. It took me a period of several years working thru. And even now, I still find myself struggling, but not nearly as harshly as it used to be.

I now realize that the troubles I was having back then came from the stress I was going thru. I dealt with the loss of my husband, my dad and my mom all within a short period. I was with my husband when he passed over, and I remember each and every single moment of it. Just thinking back, my own breath now is harder to draw. Yes, our experiences, our stress, can have an affect on everything about our own bodies. And then there are stupid things like fear. Fear from what? Maybe watching too many horror movies in my lifetime…lol Maybe from the real-life horror that we hear about on tv and read about in the news. And the worst of all, our real-life experiences. I don’t know, all of it has a way of coming down and hitting me at a time that is hardest for me to handle. …But handle it, I will. Why can I say that? Because I NEED to. I need to?? I HAVE to!

Now, back to the doctor’s office or hospital room. At my age, I can now say I’m old school. To be put under anesthesia, I remember the gas mask, breathing it in, feeling the urge of sleepiness coming upon me. Even that memory makes my anxiety perk up. Now, with my colonoscopy, I made up my mind it needed to be done, so suck it up and do what needs to be done. (aka, put my big girl panties on. lol) And so, with it now behind me, I can say, “yay, I survived the experience!”

Now, to those who have not done this, and I’m speaking to those 50+ years old, bite the bullet and do what needs to be done. I hope by now, you have a medical doctor whom you are comfortable with and trust. And he/she will tell you (like mine did), you need to take one for preventative measure.

I understand now, there are several “preps” the doctor will suggest. As for me, I will always want what I had this last time. It consisted of taking four laxative pills followed by 64 oz. of Muralax mixed in gatorade (or my choice, lemonade). Just saying, do NOT follow my directions,  your doctor will give you the proper way to do this! I’m just saying what mine gave to me. Just sayin’, that muralax mixed in lemonade tasted like… LEMONADE! I was so braced for the worst, and it was lemonade! lol Hey, it was all good! Had to drink 6 oz every 15 minutes and I felt like I was waterlogged for drinking so much liquid, but the taste was great! And ok, fine, diarrhea for a few hours, but by 7pm, it stopped. I guess it was because I hadn’t eaten anything. lol Oh, and for the record, if you are a foodie, or maybe not a foodie, but you enjoy  having your meals, you may be saddened by not being able to eat. But me, I’m not an eater (although, you wouldn’t know that by looking at me. :P) So, fasting a day was no biggie for me. So, I honestly was good.

Then the day of the procedure. I was brought into the waiting room (due to covid STILL, he, my husband, couldn’t come in with me). So there, I waited alone with other patients. It was all good, until an hour later, all patients there before me were called in, and even those after me. I was the only one left. *_* Granted, what was being done to me was not the only thing going on from that office, but still. I was there over an hour and was left alone with my thought. I didn’t even carry my cell phone, so not to have any “extras” with me. Well, at that time, my thoughts were not the best place to be, so I got a bit antsy and got up and read all of the signs and plaques on the walls, looked out the window to see if I saw my husband in his truck (I knew he was going to get breakfast when he dropped me off), but thankfully, the waiting room had music that I actually liked, so I settled back to listen and enjoy it again, singing beneath my face mask. lol Then finally, the nurse called me back!

I was just happy she called me back and yes, I do believe I said “finally”, but hopefully, she saw my smile in my eyes. Then she took me into a room, gave me instructions that I followed, and by then I was chatty. Ok, I don’t think I’m normally a chatty person, but when I’m nervous, is a whole other story. She was sweet and answered what few questions I had at that point, and told me that she wasn’t the anesthesiologist, she is just going to give me an IV to make my visit easier. Ok, I was good with that, never had an issue with needles as long as I can see them poke me. Yea, I don’t like surprises. lol  And she informed me the next nurse would take me into another room, where I will meet the anesthesiologist. All was good. And thank goodness, that they didn’t leave me waiting too long with my thoughts. Ah yes, then the doctor came in briefly, introduced himself, gave me a few formalities to make me feel comfortable and said he will see me again soon.

When the next nurse came in, she rolled my bed out and down some halls into another room. I observed a monitor with my name, the date and time on it, with a rather odd picture on it. And on my other side was all of the more technical, medical stuff. The lady who wheeled me in introduced herself as the anesthesiologist and another woman who came in was on the other side and they started putting the stickers/hookups on me and the lady one one side told me how to lay and the other one said this will be easy for me and I won’t even know I was asleep. She then said I would have an odd taste for a minute. And about that time, I said “oops, there it is”, then next thing, “and it’s gone. lol”

Well, I had one question…. what is that weird picture on my monitor? It looked like it could be from the previous patient of their colon, but my name was there. She just laughed and told me it was from the bucket/tray the monitor was in. Ok, we’re good. She then said she will be back in a few minutes. Ok, all is good. So I laid there, feeling normal, looking at that monitor with the odd picture of a bucket, watching the minutes go by.

Next thing…where is my monitor?? And i looked over my shoulder…where is the other equipment?? Did they remove it to use with someone else?? But, they aren’t thru with me  yet. And how in the world did they move it without me seeing?? Did I doze off??

And about then was when she, the anesthesiologist, walked in. So I asked her. She just smiled and said I was in another room from what I was before. Another room?? Oh my gosh, they are good! I never saw that coming! lol And  then added, you’re done, it’s all done now. Wow.

And so that was that. They wheeled me into another area and my husband came and joined me. Then the doctor came in, gave me my diagnosis and said he will see me again in 10 years. Which means no polyps, all is good.

Wow! All I could think was if everything I have to go thru from here on out can go so smoothly and easily!

And my hubby then took me home, went out and brought supper back home for me (my choice of what to eat) and everything was good! 🙂

So, to probe or not to probe… If we’re talking a colonoscopy, I’m definitely not going to sweat it anymore. lol And being put under anesthesia, I do believe I will look at that in a whole new light now, too. Really, with any medical procedure. Wow, really. Medical technology really has progressed and changed so much. And to you?? You may ask, is it really as bad as we’ve heard? Take my word for it, really, just do it. It’s not nearly as bad as you may think. 🙂